Blog Readers, wait, are you planning to officially become a Newfie ? You have come to the right post. Newfoundlanders are generally also called Newfie. Yes b’y. Most people call that, to be officially a Newfie, you need to participate in a Screech Ceremony. To learn more about Screech Ceremony, stay tuned, and check out the following read!

Yes. The ceremony is called Screech-In Ceremony. To know more, read the following, obtained from Wikipedia.

The general process of a screech-in varies from pub to pub and community to community, though it often begins with the leader of the ceremony introducing themselves and asking those present if they’d like to become a Newfoundlander. The proper response would be a hearty “Yes b’y!” Each participant is asked to introduce themselves and where they come from, often interrupted by commentary by the ceremony leader, jokingly poking fun at their accent or hometown. Each holding their shot of Screech, they are then asked “Are ye a screecher?” or “Is you a Newfoundlander?,” and are taught the proper response: “Indeed I is, me ol’ cock! And long may yer big jib draw!” Translated, it means “Yes I am, my old friend, and may your sails always catch the wind.”

A codfish – or any other fish unsightly enough to suitably replace the cod – is then held up to lip-level of each participant, who then bestows the fish with a kiss. Frozen fish is used most commonly in the screech-ins which take place on George St., though occasionally a fresher specimen, if available, will be used. Some pubs will also award certificates to those who have become an honorary Newfie once the screech-in is complete.

Some screech-in traditions vary in both the order of events as well as the requirements. Some ceremonies require that the screech-ee eat a piece of “Newfie steak” (a slice of baloney) or kiss a rubber puffin’s rear end. Some are also asked to stand in a bucket of saltwater throughout the ceremony or that they wear the Sou’wester during the recitation and the drinking of the shot. For group screech-ins, the shots and recitations are generally all done at once. In all cases, only a native Newfoundlander can officiate a “proper” screech-in.

Recipe for the Drink!

Mix the rum, cranberry juice, orange liqueur, and lime over ice and shake together. Pour into a glass and top with a little club soda for effervescence and enjoy!

Fill a glass with ice, then pour – in order – the Screech, Triple Sec (or Grand Marnier), then cream (or milk).

Kissing the cod is a tradition that began in and continues to occur in Newfoundland. The tradition involves a codfish as well as a type of rum known as Screech. It is traditionally used to welcome newcomers to the island or give them the experience of being a Newfoundlander, some also consider foreigners who’ve been “Screeched In” to be unofficial Newfoundlanders. This can be also referred to as a “Screech-in”. The ceremony may be performed at pubs such as Trapper John’s and Christian’s on George Street, St. John’s, or a travel guide or local family may perform the ceremony.

It is often the ceremony that may differ by region or participants. A Screech-In can occur almost anywhere, however, it won’t be officially recognized. Some ways the ceremony may differ include the consumption of bologna referred to as Newfoundland Steak during ceremonies, or consumption of other foods important to Newfoundland culture; Jam Jams, Cream Crackers, etc. 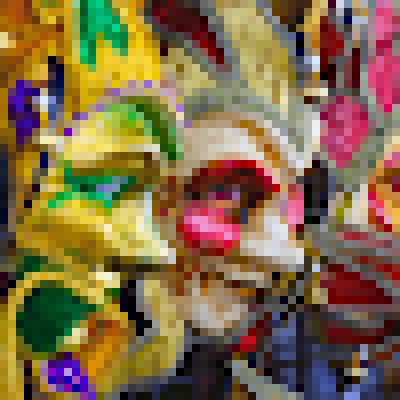